I understand that the thought of eating an Italian meal conjures up the images of having pasta, pizza and wine.

And while that is true, it’s not the kind of Italian superfood that will help you to stave off viruses, improve your immune system and help your heart.

So what is this Italian Superfood? 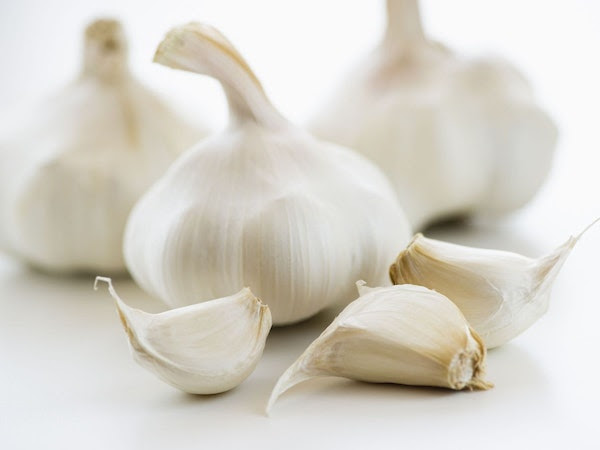 Not Italian at all!

Although it is widely associated with the Italian diet, the evidence is that it is not Italian at all. In fact, historians mostly agree that its origins are most likely from China. NIH

In the past, garlic has been utilized as a remedy during various epidemics such as:

Whenever an epidemic has emerged, garlic has been the first preventive and curative remedy.

According to the NIH: Extracts from the history and medical properties of garlic 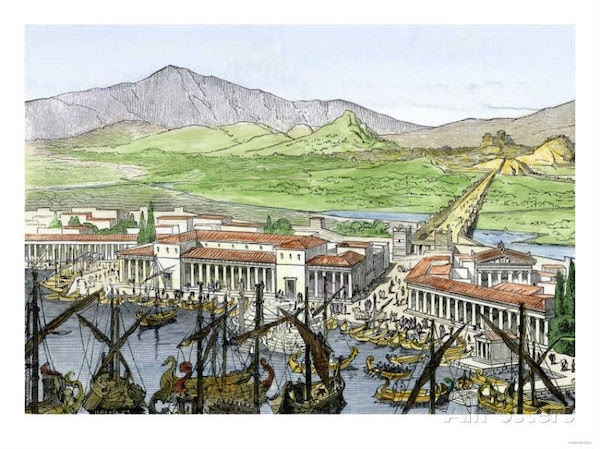 Since immune system improvement and virus prevention are top of mind and all-consuming during the COVID-19 pandemic, I thought the history of garlic leaves us with interesting insight.

Throughout the years, garlic was given different names that are still in use such as ‘Russian penicillin’ and ‘natural antibiotic’.

Garlic was called Russian penicillin during World War II because, after running out of antibiotics, the Russian government turned to this ancient treatment for its soldiers. 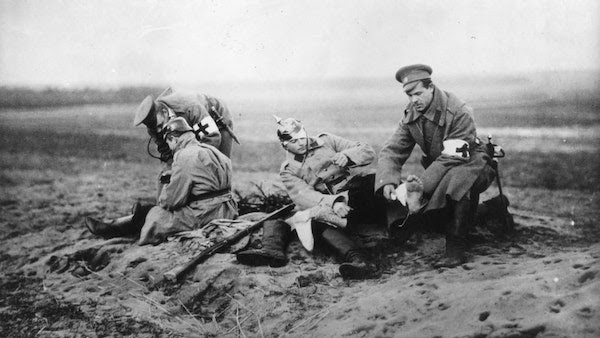 Recently there has been significant scientific research into garlic, and good results have been obtained that it indeed is helpful in healing many diseases.

These diseases have been cross-referenced with historical medicinal beliefs from thousands of years of antidotal benefits.

Many nations from various continents had been protecting themselves, fighting infections, treating disease and healing by using garlic.NIH 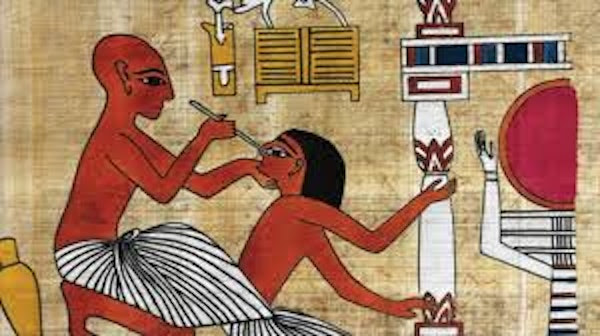 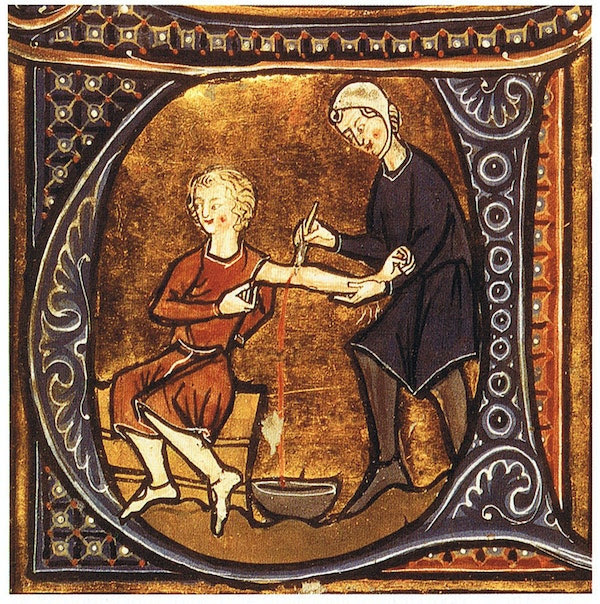 That was then, but how about now?

Now that we’re able to diagnose, measure and track efficacy and outcomes, is Garlic still worth mentioning?

Recent studies have revealed that garlic protects from the common cold.

For that purpose, patients have been examined during a period of 12 weeks, in the cold season from November to February.

The results have demonstrated that those who took garlic were less prone to catching a cold or endured the cold easier than those who were given a placebo.[15,16] 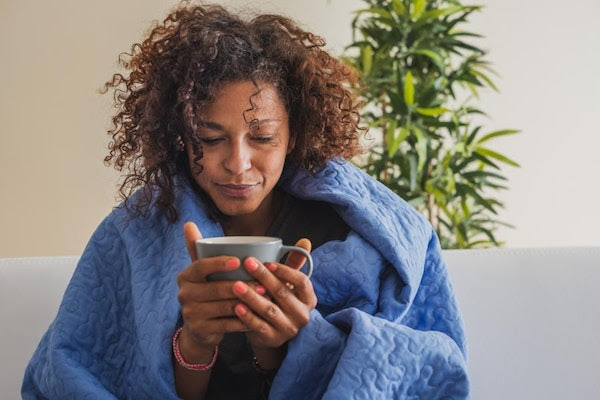 According to the American Heart Association, high blood pressure affects over 100-million people in the US alone.

Blood pressure medication is not without serious side effects.

Short-term side effects include:

Long-term side effects of blood pressure medicine include:

Considering that an estimated 30-million adults are on some sort of blood pressure medication, it would be ideal to have a natural treatment. 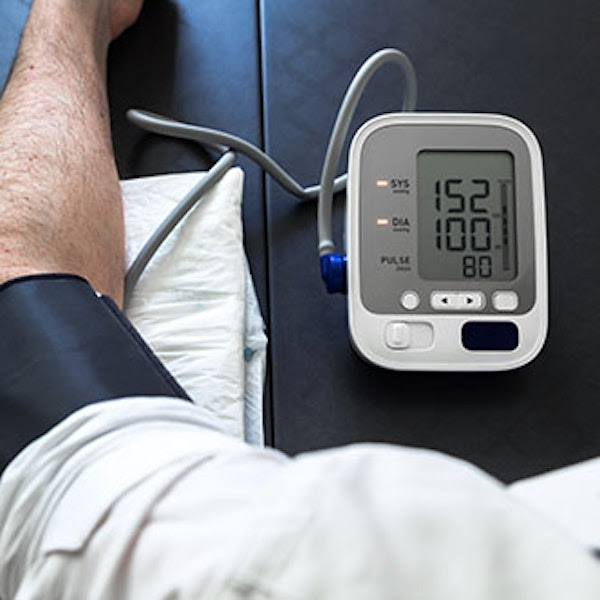 Allicin, which is a compound of garlic has hypocholesterolemic (cholesterol lowering), hypolipidemic (Lowering of the lipid ratio) and antihypertensive (lowering blood pressure)  activity[17,18]

This in tune will help prevent the weakening of the blood vessel walls that can easily occur when with the consumption of carbs, sugars and alcohols.

This study has pointed to the beneficial cardioprotective action of garlic in essential hypertension.

The proven antioxidative, hypocholesterolemic, antithrombotic and antihypertensive properties of garlic help in the prevention of cardiovascular and cerebrovascular diseases, and lessen the risk of development of dementia and Alzheimer’s disease.[29,30] 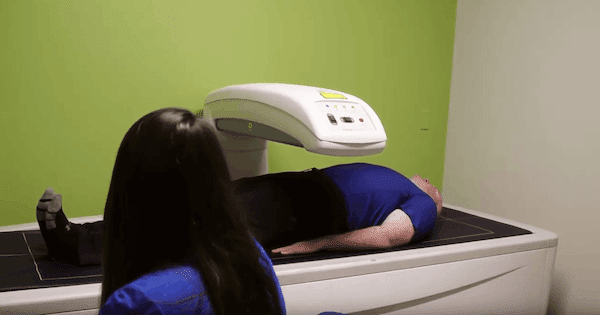 For the primary purpose of my career as an exercise scientist and nutritionist, most people come to see me for fat loss, weight loss, move better, increased energy, to reduce or eliminate medications and improved health.

Here are a few reasons that make garlic an excellent ingredient to help you with your goals.

Needless to say, it needs to be complemented with the right low glycemic diet along with the right kind of exercises that both increase metabolism and are designed to work properly with any skeletal limitations. 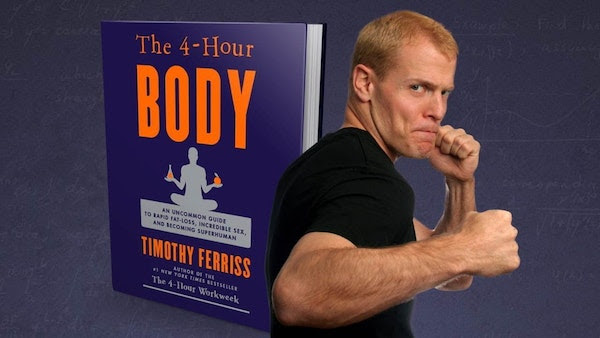 Tim Ferriss who is the author of the 4-Hour Body has searched the world over looking for the best practices for body fat reduction, increased muscle mass and improved fitness.

Tim states: Garlic extract and its parts have been used to manage cholesterol and even treat staph infections.

He has had the best fat-loss results using extracts with high doses of allicin. Allicin is an enzyme found in garlic, and when delivered in a stable form, has the benefit of inhibiting fat regain. 4-Hour Body 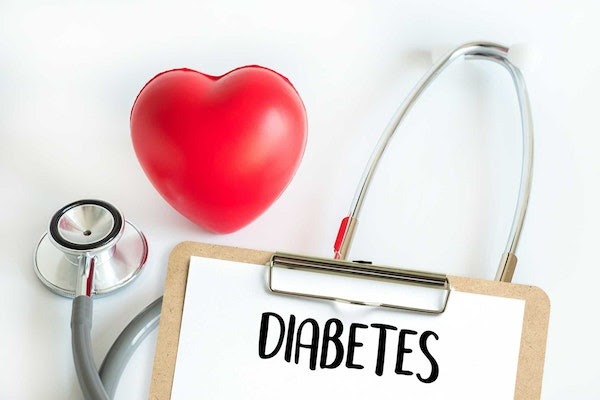 For Weight loss but also for Diabetics

Garlic has been demonstrated to naturally reduce sugar, which will ultimately lower and improve insulin levels.

When insulin levels are lower your body will store less body fat and also be more able to use fat for energy, therefore reducing your body fat.

This is interesting for diabetics as well.  In fact, the disease diabetes is defined as a group of diseases whereas blood glucose levels are too high.

This chronic elevate sugar will result in blood vessel damage and diseases, which will ultimately result in disease to the organs. 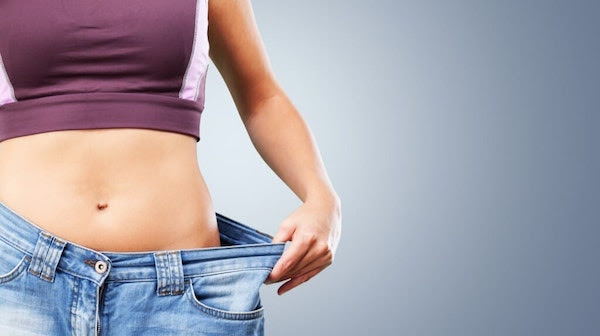 Research to lower glucose and HbA1C

According to a 2017 study in the NIH Effect of garlic supplement in the management of type 2 diabetes mellitus (T2DM): a meta-analysis of randomized controlled trials:

The present study confirms that additional garlic contributes to improved blood glucose control in 1–2 weeks as well as in 24 weeks in Type 2 Diabetics, and plays positive roles in total cholesterol and high/low-density lipoprotein regulation in 12 weeks.

Can garlic cure your sweet tooth? Not quite, but it may affect your fasting blood glucose – Aepios 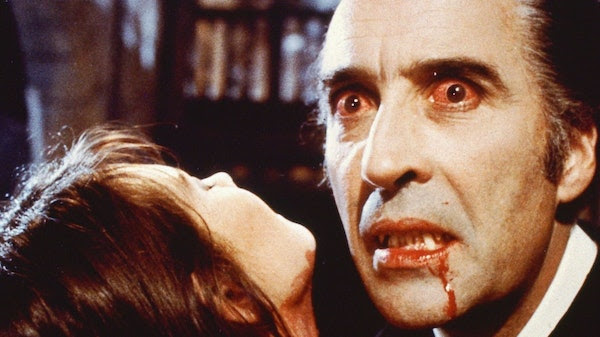 If all of that hasn’t yet persuaded you to consume more garlic, I have one more.

How about to stave off Vampires?

A persistent belief in the power of garlic is to ward off vampires.

Probably the most popular theory of the origin of the vampire is the disease Porphyria, a term for several diseases which are all caused by irregularities in the production of heme, a chemical in the blood.

Some forms of this disease cause sufferers to be sensitive to light and lead to a disfigurement of the skin, including erosion of the lips and gums.

These factors could have led to the corpse-like, fanged appearance that we associate with vampires and their dislike of sunlight. Interestingly, people who suffer from Porphyria also have an intolerance to foods that have high sulfur content…such as garlic. 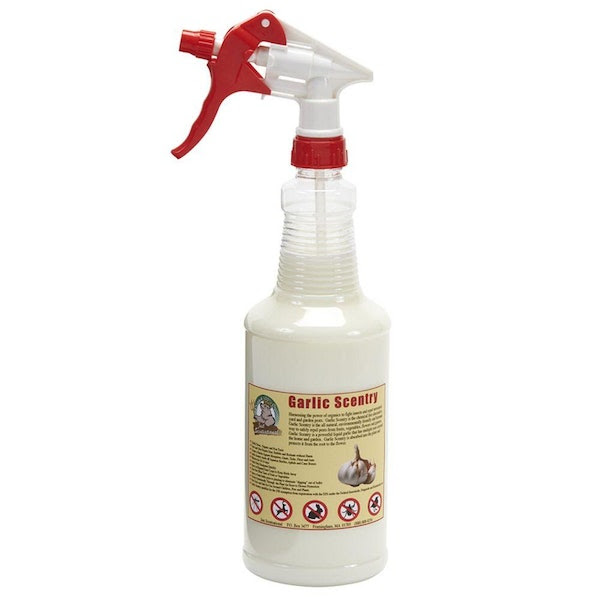 Another theory is that garlic is known to repel bloodsucking insects (mosquitoes, ticks, etc) because it acts as a form of deodorant.

Many blood-consuming insects track their prey by smell, and garlic covers up the scent of blood that they so crave.

Some insect repellents are made from blended garlic extracts exclusively. 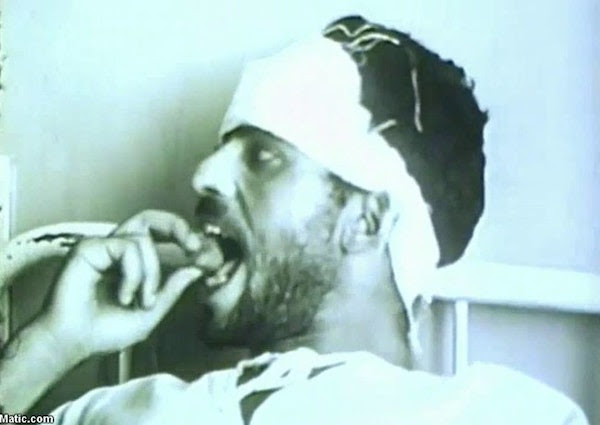 Lastly, the traditional belief that garlic’s odor deters vampires may have originated with the disease rabies.

“In 1998,” writes Mark, “Spanish neurologist Dr. Juan Gomez-Alonso made a correlation between reports of rabies outbreaks in and around the Balkans—especially a devastating one in dogs, wolves, and other animals that plagued Hungary from 1721 to 1728—and the ‘vampire epidemics’ that erupted shortly thereafter.

Dr. Gomez-Alonso found that nearly 25 percent of rabid men have a tendency to bite other people.

That almost guarantees transmission, as the virus is carried in saliva. 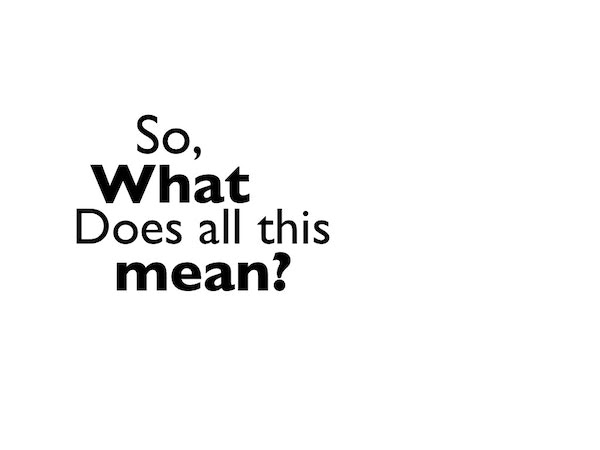 What does all this mean?

It means that garlic has many medicinal benefits.

From fighting infections, viruses and the common cold, to lowering blood pressure, bad lipids and diabetes.

Furthermore, it is effective in helping curb appetite through lowering glucose, helping to lose weight and drop body fat and possibly fight off vampires. 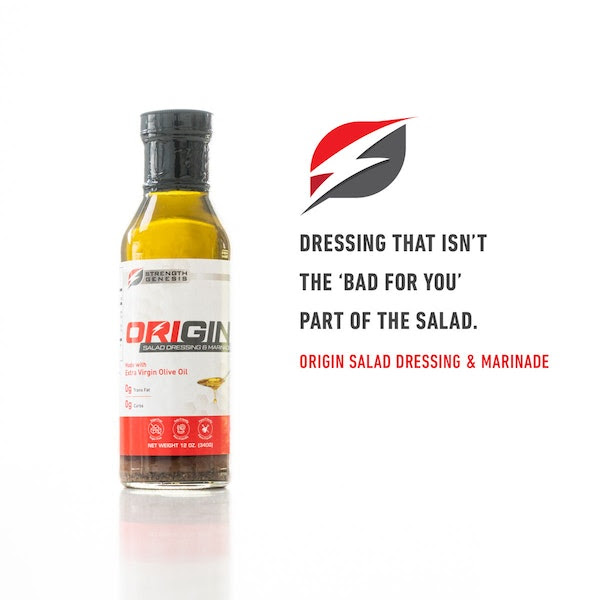 Take 650-750mg of Allicin Garlic at least once and up to three times per day.

Furthermore, use Origin Keto Salad Dressing as a salad dressing and marinade.

It’s worth noting that the second strongest natural antibiotic is oregano which is also included in ORIGIN Salad Dressing & Marinade. 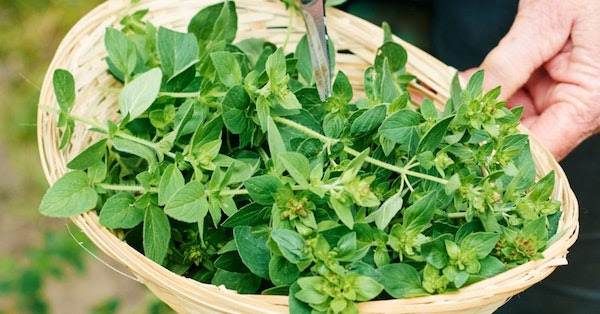 Oregano is one of the most powerful antibacterial essential oils because it contains carvacrol and thymol, two antibacterial and antifungal compounds.

In fact, research shows oregano oil is effective against many clinical strains of bacteria, including Escherichia coli (E. coli) and Pseudomonas aeruginosa according to The Observer 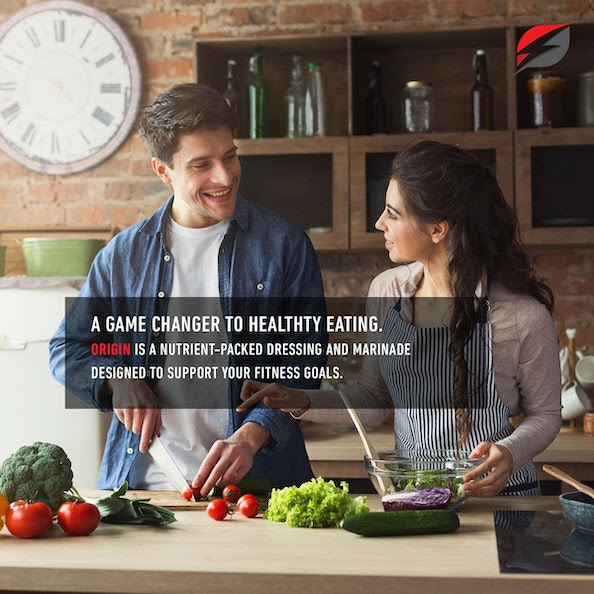 Dry mustard is also reported to have historical significance as a medicinal agent.

Mustard was originally used as a medicinal plant rather than a culinary one.

Pythagoras employed mustard as a remedy for scorpion stings, and Hippocrates made mustard plasters to treat toothaches and chest colds. 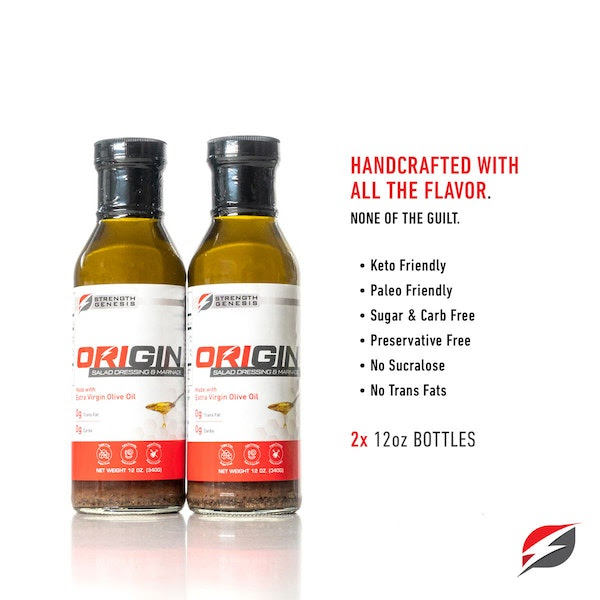 While this article is mainly about garlic, oregano, dry mustard, AND Garlic are used in the preparation of ORIGIN.

It is made with Garlic Powder, designed to help lower blood glucose with each use.

It is also Gluten-Free and tastes Great!